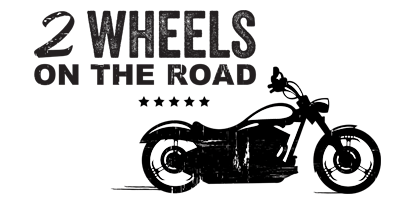 Rhode Island is a state with a charm and history that is unlike any other in the country. Populated by numerous small and quaint towns that dot the countryside, well-maintained roads make touring the state via motorcycle pleasurable, scenic and convenient. We’ve put together information about ten of the best motorcycle routes in Rhode Island.

The stretch of US Route 44 that runs from just outside Providence to the Connecticut state line offers lots of appeal for the adventurous motorcyclist. Known as Putnam Pike to the locals, the scenic route travels through several picturesque small towns including Glocester and its villages of Harmony and Chepachet. Pascoag Reservoir, Hawkins Pond Town Forest and Waterman’s Reservoir, as well as the towns of Smithfield and Greenville, are along this route.

Starting at the junction of Rhode Island Route 94 and Rhode Island Route 102 leads motorcyclists on a loop that captures US Route 44 along its second half. George Washington State Campground, Lake Washington and Sprague Farm Town Forest are some notable places that are along this twisting route. Clocking in at just under 50 miles for the round trip, allow plenty of time to enjoys the curvaceous roads and the sights that are along the way.

3. From Smithfield to Narragansett Bay

On the trip home, instead of backtracking, consider making a turn off Route 138 at the Richmond town hall onto Carolina Noose Neck to arrive at Route 3. Although it’s a slightly slower route, the elevation changes and curves make it time well spent on a motorcycle.

Though much of this route encompasses western Rhode Island, it also takes a foray into eastern Connecticut as well. It’s a ride that offers back country roads that are well maintained with some hills, curves, turns and straights — without a predominance of one type over the other. In addition to amenities like shopping, restaurants and rest stops along the way, riders will also be treated to sights such as Beach Pond, Boone Lake, Hammitt Hill, Pine Hill and more. Starting the route in the Newport/Jamestown area means taking Route 138 West to reach Route 1 North before picking up Route 102 North. After taking a left turn onto Route 3 and turning right onto Route 165, you’ll make a loop that winds its way through Connecticut. Take a right to follow Route 49 before taking another right onto Route 14A which leads to Rhode Island. A right turn onto Route 117 means that the junction with Route 102 is in your sights.

For motorcycle riders who want a more peaceful and scenic tour to while away a beautiful weekend afternoon, this leisurely loop through the middle of Rhode Island offers twists and curves throughout and might just be the perfect salve to a stressful week at work. Spanning three small towns — Coventry, Foster and Scituate — this route doesn’t offer many amenities beyond a few small ice cream shops and gas stations. It does, however, provide you with lots of time to enjoy natural greenery and the gently rippling waters of the Scituate Reservoir and Flat River Reservoir. Follow Rhode Island Route 117 West before turning right onto Route 102 North. Continue on this road as it merges into Rhode Island Route 14 and turn right on Route 116.

This ride brings you from the Massachusetts state line all the way down to Newport, Rhode Island without having to hop on Interstate 95 to get through bustling Providence. Winding its way through small towns like Glocester, Masonville, West Greenville and Exeter, this meandering route follows Route 102 South at its junction with Route 146. Continue along this road from about 52 miles to Wickford before turning on Route 1A. Make a left from Route 1A onto Route 138 in Plum Point. Punctuated by crossing over bridges and Conanicut Island, this route also treats you to some of the best coastal towns in the state.

Taking Route 112 from Richmond provides lots of options for exploration. You’ll pass by the Indian Cedar Swamp Management area on your way to Charleston. Hop on Route 1A and enjoy the ride past Ningret National Wildlife Refuge and Ninigret Pond on your left and Burlingame State Park and Management Area to your right. Route 1A feeds right into Misquamicut Beach or enjoy any of the little coastal towns like Quonochontaug or Weekapaug along the way.

For a ride that encompasses all the best of Rhode Island, take this route from Middletown to Newport. Along the way, you’ll find twisting roads interspersed with gentle curves, beaches and farmland before ending in Newport. Expect to encounter mostly well-maintained roads  though there could be some cobblestone areas or roads that are not as smoothly paved. Head down Route 138 in order to reach Third Beach and Second Beach. Take Route 138A and cross Easton Pond before taking a left at Halidon Avenue. Swing along to Brenton Point State Park and enjoy the Ocean Drive Historic District. Along the way, you’ll find plenty of places to shop, eat and drink. Since you’re in the area, though, don’t forgo a stop at Jimmy’s Saloon, a bike-friendly establishment on Memorial Boulevard.

Cross over the Jamestown Bridge via Route 138 and you’ll be headed for a thrilling outing on your bike. At North Road, take a right, then merge right to get on Southwest Avenue. Southwest Avenue turns into Beavertail Road which will take you to the Beavertail Lighthouse. Although the route is relatively flat and smooth with only minor traffic, there are a few areas that could use more maintenance. Along the route, be sure to stop in Jamestown to stock up on food and gas before heading down the back country roads. Once there, you can enjoy dramatic cliff views as well as a nice park nearby.

Starting in Canton, this meandering loop starts out on Neponset Street until you hook up with Route 138 outside Taunton. Along the way, you’ll have lots of peaceful country views and adventurous curves before making a left onto Route 116. Pick Route 138A up to come into Newport and then head on Route 102 to complete the loop to Interstate 495 which will take you back to Interstate 95 near where you started.